England’s new tiered system of coronavirus restrictions has been approved by MPs, although a sizable number of Conservatives appear to have rebelled against the measures.

A full breakdown of the vote has not yet been released, but the figures suggest that there has been a sizable Tory revolt. 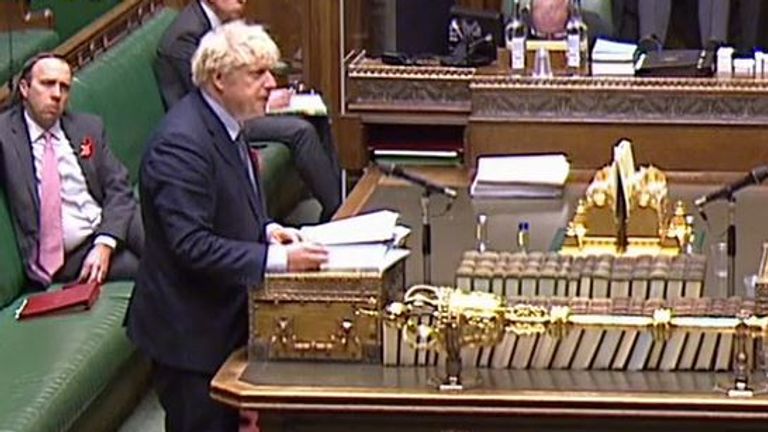 Labour’s decision to abstain meant that Boris Johnson was never in danger of losing.

Sir Keir Starmer said that while his party has “serious misgivings” about the restrictions, it would not be in the national interest to vote them down when the virus still poses a “serious risk”.

Now that MPs have approved the tiered system, the restrictions will come into effect when England’s second lockdown ends tomorrow (Wednesday).

Tory opposition has been driven by the fact that 99% of England’s population will fall under the two toughest tiers, which are stricter than the previous tiers in place before lockdown.

But 23.3 million people – 41.5% of the population – are going to be placed in Tier 3, the highest level of restrictions.

Starmer: ‘Highly unlikely’ an area will drop a tier within two weeks

Only the Isle of Wight, Cornwall and the Isles of Scilly have been designated for Tier 1.

Hospitality venues will be closed in the run-up to Christmas unless they can provide takeaway or delivery services, and households will be forbidden from mixing indoors.

Many MPs have questioned the basis for the tier decisions and raised fears about the economic impact. 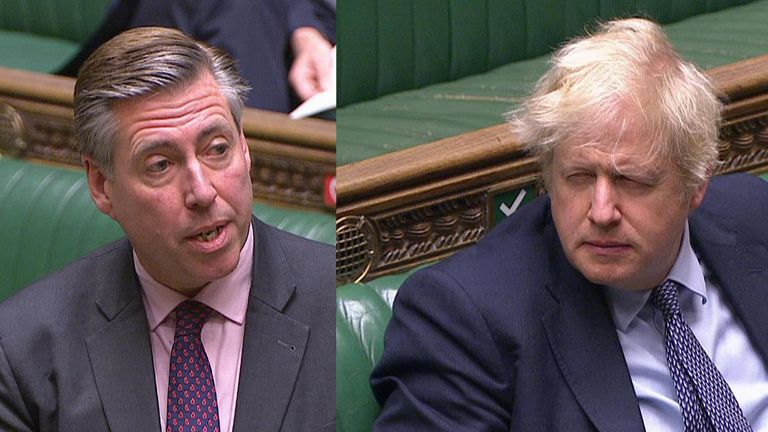 Addressing the Commons earlier, the PM told MPs there was a “compelling case” for the tiered system.

He acknowledged “people’s feelings of injustice” about the tiers they have been placed in, while also hinting that the government could look at smaller areas when deciding tiering allocations in the future.

Mr Johnson also promised pubs which do not serve food would get a one-off payment of £1,000 in December.

However, the British Beer & Pub Association has said that on its own, the money was “nowhere near enough to stave off thousands of pub closures”.

And a number of his own MPs lined up to criticise the tiered system ahead of the vote.

Sir Graham Brady, chair of the 1922 Committee of backbench Conservatives, said: “In the absence of that serious and compelling case, I have no choice but to oppose these measures.”

Former Brexit secretary David Davis told MPs that a “policy of maximum protection for minimum damage” was required and “this policy is not it”.

Another former minister, Andrea Leadsom, said the restrictions will “inflict deliberate harm” on her constituency.