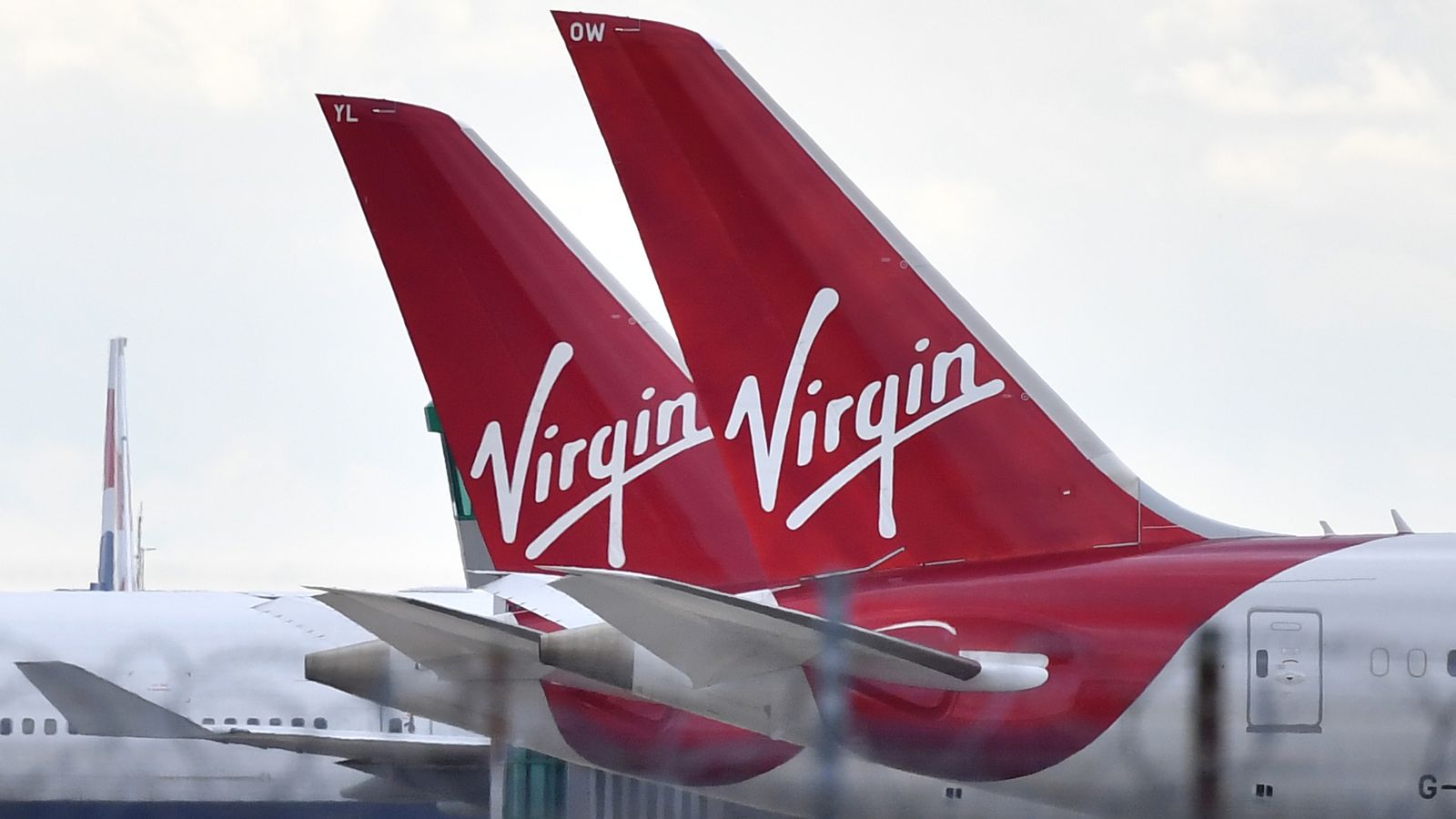 Sir Richard Branson’s Virgin Atlantic Airways is this weekend racing to secure the backing of a giant American payments group for a £1bn rescue deal that would save thousands of British aviation jobs.

Sky News has learnt that First Data, a subsidiary of Nasdaq-listed Fiserv, has in recent days demanded stringent terms in return for its endorsement of a refinancing of the UK-based airline.

Sources said on Saturday that Shai Weiss, Virgin Atlantic’s chief executive, was trying to moderate First Data’s demands that it holds on to all the cash generated by future bookings to protect itself against the risk of the carrier’s collapse.

Tens of millions of pounds of customer payments are understood to be at the centre of the talks.

One insider said Virgin Atlantic was hopeful of reaching an agreement with First Data to accept a lower sum of cash collateralisation in the next couple of days – paving the way for the airline to announce the outline of a rescue deal next week.

The American company’s demands echo those made by merchant acquirers in the months leading up to Flybe’s collapse earlier this year.

Airlines use the money released to them by payment companies to fund their working capital, but that dynamic has shifted in recent months as a result of the coronavirus pandemic’s impact on suppliers’ confidence.

Sources say that if First Data’s backing is formally secured, the restructuring of Virgin Atlantic’s finances could be among the first to benefit from new legislation to facilitate court-sanctioned deals between companies and their creditors.

One insider added that Cardnet, which is owned by Lloyds Banking Group, had now broadly agreed to the terms proposed by Virgin Atlantic and its advisers.

Sky News revealed on Thursday that other strands of the negotiations, including a new debt injection from hedge fund Davidson Kempner Capital Management, had been broadly agreed.

Insiders described the endorsement of Cardnet and First Data as “the final piece of the jigsaw” in securing a package that would provide breathing space for Virgin Atlantic to continue trading through the aviation industry crisis.

Without the backing of all the key stakeholders, the deal would be jeopardised and Virgin Atlantic would be at risk of collapsing into administration.

If concluded, the refinancing would include £200 million from Sir Richard’s Virgin Group in the form of a capital injection.

The tycoon, who launched Virgin Atlantic in 1984, will retain a controlling stake in the business if the restructuring is completed.

Delta Air Lines, which owns 49% of the British airline, and Virgin Group have also agreed roughly £400m in fee deferrals and waivers.

Aircraft lessors are expected to support a deal, while approval is also needed from a syndicate of bondholders which lent money to it in 2015 against its take-off and landing slots at Heathrow.

If a private sector solution is concluded, it would be seen to have vindicated the government’s decision to resist Sir Richard’s plea for the government to provide financial support to the company.

Chancellor Rishi Sunak indicated in April that state aid would be available to airlines “only as a last resort” and after the support of existing government schemes and companies’ existing shareholders had been pursued.

Sky News revealed in May that the company’s board had drafted in Alvarez & Marsal (A&M) to draw up contingency plans for a pre-pack administration or another form of insolvency arrangement.

Virgin Atlantic recently announced a restructuring of its operations designed to save hundreds of millions of pounds annually.

It is cutting 3,150 jobs – almost a third of its workforce – and ceasing flights from London Gatwick Airport, concentrating future UK flights at Heathrow and Manchester.

Virgin Atlantic is also cutting the size of its fleet and retiring older planes including its Boeing 747s.

Since the COVID-19 outbreak, the company has furloughed thousands of staff and seen its top executives agree substantial pay cuts.

British-based airlines including Virgin Atlantic have been pressing the government to introduce measures that would revive passenger demand for flights between the UK and the US.

Sir Richard’s carrier has said it will aim to resume passenger flights on 20 July to destinations including Hong Kong, Los Angeles and New York, although Delta has warned that the recovery of demand for international travel is likely to lag domestic US aviation by a year.

Virgin Atlantic is anticipating that customer demand will be at least 40% lower during 2020, with only a gradual recovery next year, reinforcing its desire to seek substantially more than its initial funding requirement of about £500m.

A handful of its planes have been flying since the UK lockdown began in March, largely on cargo routes.

A spokeswoman for the airline said: “Virgin Atlantic has been working on a comprehensive, solvent recapitalisation of the airline to ensure that we can continue to provide essential connectivity and competition to consumers and businesses in Britain and beyond.

“Since the very beginning of the COVID-19 crisis, we have made difficult decisions and taken decisive action to reduce our costs, preserve cash and protect as many jobs as possible.

“We greatly appreciate the support of our shareholders, creditors and private investors and by working together, we will ensure that Virgin Atlantic can emerge from the crisis a sustainably profitable airline, with a healthy balance sheet.”

A Fiserv spokesperson added: “While our interactions with specific clients are confidential, we do work with clients to address their specific situations on an individual basis.”