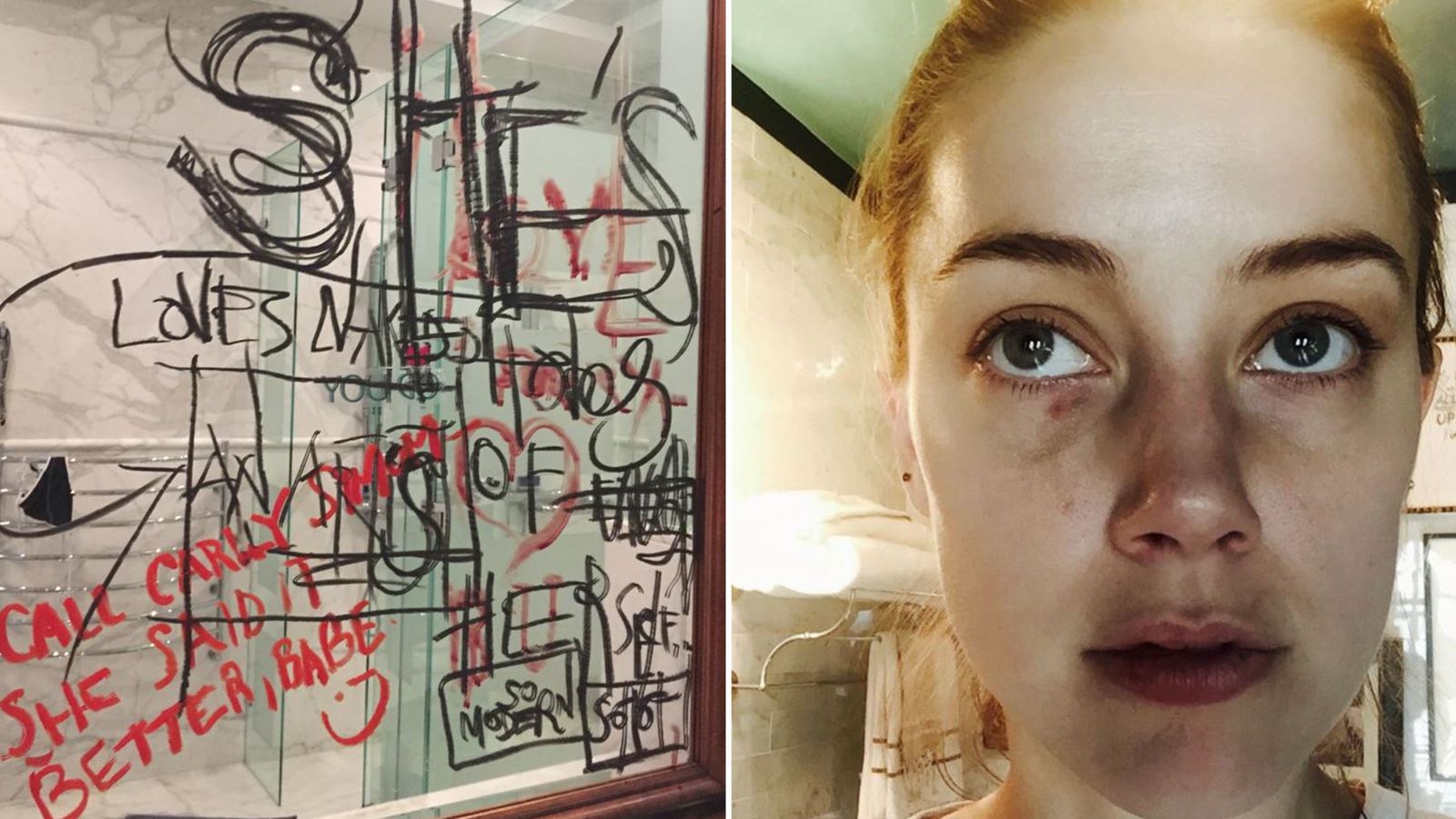 Actor Johnny Depp used his sliced finger to daub graffiti on a mirror and walls in blood and paint, during an alleged drug-fuelled “three-day ordeal” he put his ex-wife Amber Heard through in Australia, the High Court has been told.

In another day of explosive revelations during the Hollywood star’s high-profile libel action against The Sun, the court in London has heard more details about the volatile nature of the former couple’s relationship.

As well as the incident in Australia in 2015, while Depp was shooting a Pirates Of The Caribbean film, the court heard details of alleged violence later that year in LA, where it is claimed Depp headbutted Heard – and pictures of the actress with bruises around her eyes were shown to the court.

The actor strenuously denies allegations of abuse and claims it was Heard who abused him.

Their relationship is being put under the microscope as Depp is suing The Sun’s publisher, News Group Newspapers (NGN), and executive editor Dan Wootton, over an article published in 2018 that labelled him a “wife beater”.

The actor’s finger was injured during a prolonged argument at a rented house in Australia, the court heard – he claims he sustained the wound when Heard threw a bottle at him.

The 57-year-old has been accused of assaulting Heard, 34, and “completely destroying” the house in a drink and drug-fuelled rage.

Depp said he “vehemently denied” subjecting Heard to a “three-day ordeal of assaults” during the Australia trip, saying it was “pedestrian fiction”.

Sasha Wass QC, the lead counsel for NGN, put it to Depp that he was “drinking regularly” and “taking controlled drugs” at the time, to which he replied: “I respectfully disagree with your assumptions.”

The actor said it was not a “three-day ordeal” and claimed there was an argument when Heard “started yelling” about signing a post-nuptial agreement.

During her cross-examination, Ms Wass accused Depp of slapping Heard, grabbing her by the throat and throwing her “against a ping-pong table which collapsed”, all of which the actor denied.

The barrister said that by the last day the couple were in the house, it was “completely destroyed”.

She then went on to discuss the scrawlings on the mirror.

The actor later said that when he realised the top of his finger was missing “and pouring blood profusely and the bone was sticking out, I believe that I went into some kind of breakdown”.

Depp’s case against NGN relates to an article which ran with the headline: “Gone Potty: How can JK Rowling be ‘genuinely happy’ casting wife beater Johnny Depp in the new Fantastic Beasts film?”.

NGN is defending the article and says Depp was “controlling and verbally and physically abusive towards Ms Heard, particularly when he was under the influence of alcohol and/or drugs” between early 2013 and May 2016, when the couple broke up.