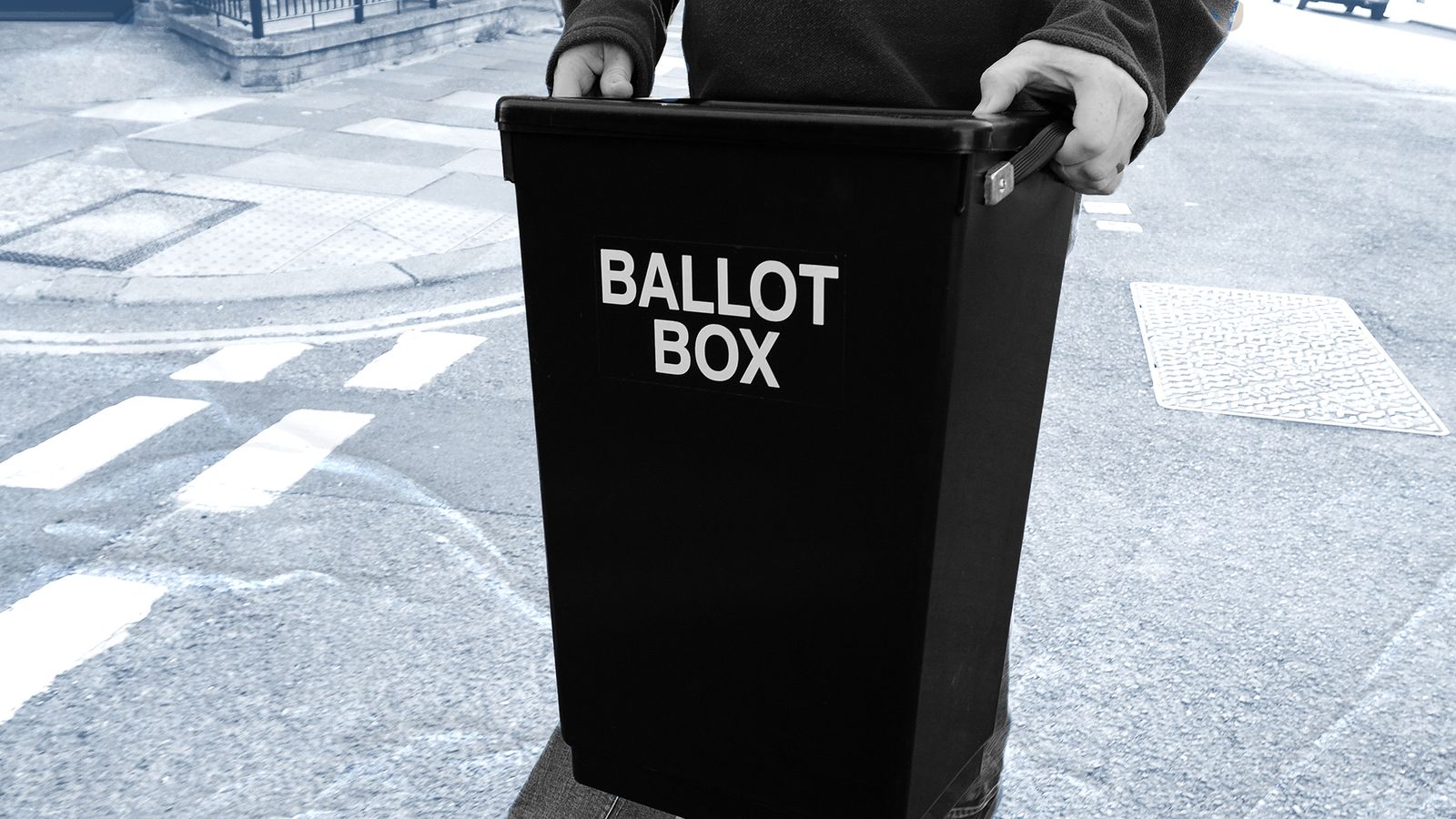 Ethnic under-representation in local government is “perpetuating racial inequality and disadvantage” in the UK, according to a report.

New data shared with Sky News shows only 7% of all UK councillors are from a black, Asian or minority ethnic (BAME) background, which is half the percentage BAME people make up of the country’s overall population (14%).

The report, by Professor Maria Sobolewska and Dr Neema Begum from the University of Manchester, highlights for the first time the scale of under-representation in councils, which have greater immediate power and control over resources.

Unlike previous reports, they logged the percentage of people from an ethnic minority on each council across the whole of the UK.

The report says under-representation at this level – where decisions are made on where money is spent – “creates a potential for perpetuating and reinforcing racial inequality and disadvantage”.

7% of them come from an ethnic minority background, but the proportion should be 14% to be representative for the whole population.

This visualisation compares the number of BAME councillors per ethnic group (bottom part) with the additional number needed to be representative (shaded top area).

People who are from an Asian background account for 5% of local councillors, but they make around 7% of the country’s population.

Around 1% of the councillors are black, but black people make up 3% of the UK population.

And less than 1% of councillors come fromMixed or Other ethnic groups, compared to 3% across the country.

There are 526 BAME women. That is a third of all BAME councillors and is not representative of the proportion of BAME women in the UK.

In total, 34% of the councillors are women, compared to 51% of the population.

Researchers logged the percentage of people from an ethnic minority on each council and it showed metropolitan councils – home to some of the UK’s largest BAME populations – are more likely to be more diverse.

But even many of these under-represent the communities who live there.

Only 13% of Westminster councillors are from a minority ethnic background, compared with 38% of the population.

Brighton and Hove has a disparity of 11 percentage points, as does Manchester, where the ethnic minority population is also under-represented.

Professor Sobolewska told Sky News: “If communities are excluded from that decision process, they have much less say over crucial decisions like quality of life things, such as transport, planning and education.

“I genuinely believe it perpetuates a lot of the racial disadvantages that we are talking about now because of the Black Lives Matter movement and COVID-19 having a disproportionate effect on the BAME communities, partly that is within the remit of local government.”

There are places where black, Asian or minority ethnic people are over-represented by local government, such as Hounslow, Slough and Oldham, but this is rare – and that’s played a key role in long-standing inequalities.

Lord Simon Woolley from Operation Black Vote, which has been campaigning for greater representation in politics for 25 years, told Sky News: “I hope this is a wake-up call because right now communities feel like these institutions don’t belong to us, our voices are not heard.

“What we have to understand is at a local level you can really drill down into some of the inequalities.”

He added: “Some of the critical decisions about local communities are dealt with at a local level – education, housing health – all of these factors bring our communities together for community cohesion. If you do not have representative democracy at a local level, these issues are not equitably dealt with.”

Professor Sobolewska said: “The most striking thing is the areas that are extremely diverse are so under-represented.

“And even though the vast majority of BAME councillors for local government are from the Labour Party, in areas like Manchester, they’re not really operating to try and broaden their appeal.

“They’re sitting very comfortably because they are already very secure in their vote.”

The next steps of the research will look into why this is an issue.

It’s understanding whether fewer candidates come forward, or whether parties and/or voters discriminate. Having answers to these questions is crucial as councils are where power is closest to the people.